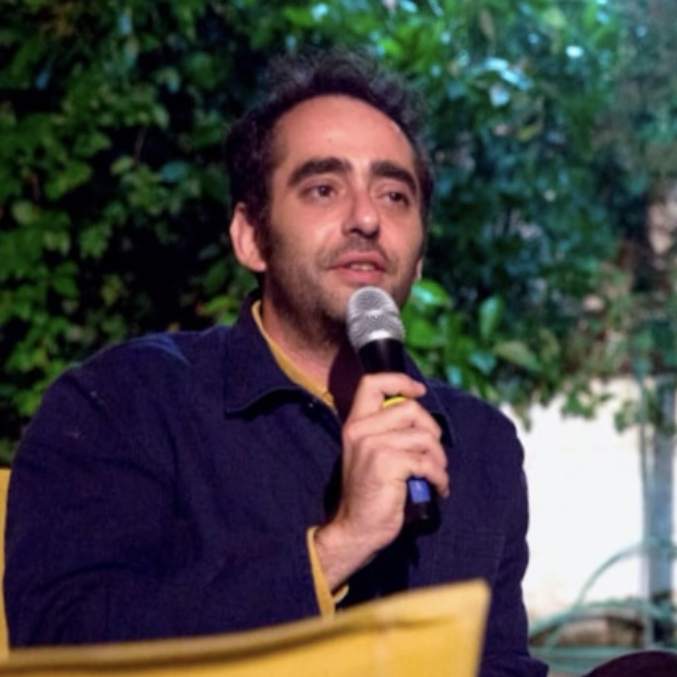 Theo Prodromidis (b. 1979, Thessaloniki, Greece) is a visual artist and director based in Αthens, Greece. He studied Contemporary Media Practice at the University of Westminster and was awarded an MFA in Fine Art by Goldsmiths, University of London in 2007. His work has been exhibited and screened in galleries, museums and festivals such as the 3rd Industrial Art Biennial, Furtherfield, Galerija Nova, State of Concept Athens, the 1st and 5th Thessaloniki Biennale of Contemporary Art, the 4th Αthens Biennale, i.a. Since 2017, he has contributed to The School of Redistribution by Future Climates, to Project P.R.E.S.S. (Provision of Refugee Educatiοn and Support Scheme) by the Hellenic Open University and part of WHW Akademija’s program “To care for another, radical politics of care” and as a member of the Institute of Radical Imagination he co-organizes The School of Mutation. In 2020-21, he was the co-leader of “An album from our square” at Victoria Square Project, supported by the Stavros Niarchos Foundation Public Humanities Initiative (SNFPHI) at Columbia University and a fellow of AFIELD. He is currently conducting artistic research on participation and citizenship with the support of the Greek Ministry of Culture and has participated, through the production of new work, in the program “Cοmmunities of Learning, Bridging the Gap of Isolation” initiated by WHW and supported by the Culture of Solidarity Fund of the European Cultural Foundation.