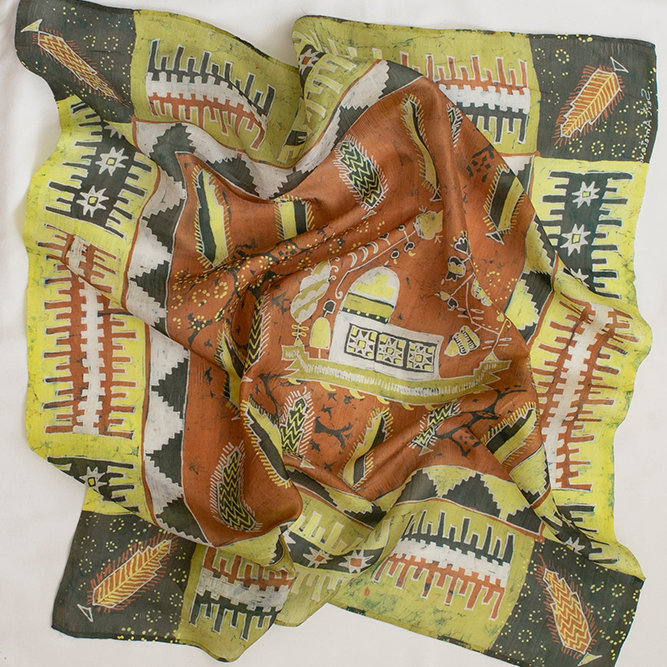 Informal creative associations “Chatyr Dag” and “Ornek Ustalary,” led by artist and craftsman Mamut Churlu from Crimea, brings together craftsmen who own  the system of symbols of the Crimean Tatar Оrnek ornaments* and use them in their creativity,  promote Crimean Tatar textile practices, safeguarding and enhancement on the basis of traditional knowledge.

NGO “Alem” unites everyone who is interested in preserving, promoting and developing the Crimean Tatar cultural heritage. The team of “Alem”, led by Esma Adzhiieva, performs general strategic planning of the element’s safeguarding activities, serving as a contact point for the craftsmen, Crimean Tatar community and state agencies on implementation of plans of the element safeguarding and promotion.

*”Ornek” is a system of symbols and their meanings, currently used in embroidery, weaving, felting and other types of applied arts. A distinctive feature of Оrnek is understanding of these symbols’ meanings by craftsmen who combine them into ornamental compositions to make a message.