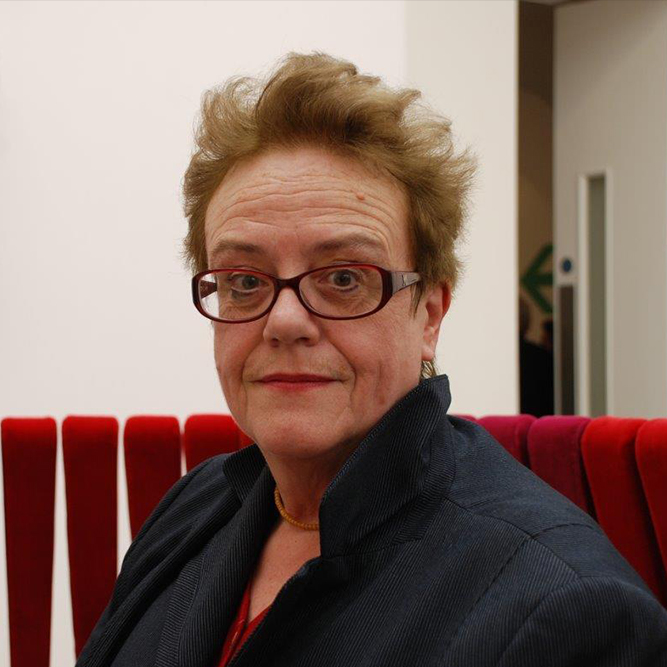 Janis Jefferies is an artist, researcher, theorist and Emeritus Professor of Visual Arts at the Department of Computing Goldsmiths, University of London. She is recognised by her peers as one of the leading practitioners/ theorists of her generation, through solo exhibitions of work, conferences and professional seminars, exhibitions, curatorial work, journal publications, catalogue essays for artists of international standing, edited books and several chapter contributions on textiles, technology, performance and practice-based research for anthologies distributed by Manchester, Edinburgh and Duke University Presses, Telos Art Publishing, Berg/Bloomsbury Publishers, Springer, Ashgate and Palgrave McMillan and the School of the Art Institute of Chicago, USA.

To highlight some of her work, Jefferies was one of the founding editors of Textile; The Journal of Cloth and Culture. She was an Associate Research Fellow with Hexagram (Institute of Media, Arts and Technologies, Montreal, Canada) on three funded projects, ‘Narrative: Textiles Transmission and Translations’ (2004-2007), ‘Wearable Absence’ (2006-2010) and ‘The Re-Enchantment of Cloth and Textiles’ (2014-2019). In 2020 Jefferies was part of the international jury for Contextile 2020, Bienal De Arte Têxtil Contemporânea, Portugal. In 2019 she was the curator of the Polish National Exhibition, ‘Breaching Borders 2’, to coincide with the 2019 Łodź Triennial at the Centralne Muzeum Włkiennictwa w Łodzi. She was co-editor of the first, international Handbook of Textile Culture (with Diana Wood Conroy, University of Wollongong and Hazel Clark, Parsons School of Fine Art, US) for Bloomsbury Academic (2015) and is currently co-chief editor (with Dr. Vivienne Richmond) for the Bloomsbury Encyclopedia of World Textiles expected in 2023.