The 1st edition of Art Pluriverse. A community science series will be focusing on traditional textile communities in Greece and the wider Balkan region, aiming to uplift their cultural knowledge and intangible heritage practices. 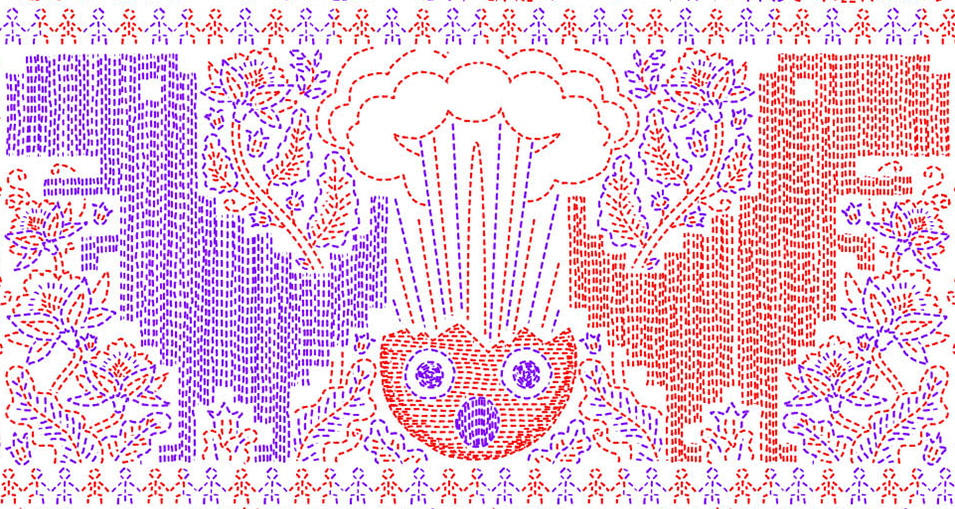 In December 2020, the Biennale of Western Balkans will hold a digital event as part of the organisation’s year-round programme, where local, artistic and research communities will have the opportunity to collaborate online. BoWB will be launching Textile Month as the first edition of a community science series on intangible culture, aspiring to empower living or documented textile communities and their artistic heritage, through research-based art creation.

We invite communities of practice, regionally active groups and underrepresented collectives, with a focus on the Balkan region, who deal with any technique around textiles, including people from different regions, social backgrounds and age groups, LGBTQ, BIPOC and other ethnic communities as well as diasporic, cross-border and common interest or common needs communities.

We also invite artists from the local and international scene working with textiles in any form, including e-textiles, digital art or cultural data visualisations, who are interested in approaching the field from diverse perspectives, bringing forth gender, ecological, intercultural and other critical issues.

Artists and communities will have the opportunity to cooperate together online, in order to co-create research-based artworks that explore community cultural knowledge and their textile artistic heritage through contemporary art practices. Up to 5 communities and an equal number of artists will be selected by a committee, forming artists-communities synergies. Pairs will be able to meet by mid-November online, set their course of action and work together within December. Artists will be able to create artworks based on research and collaboration with communities, while being encouraged to document the creative process in any way they see fit (e.g. images, texts, sketches, notes, GIFs), giving the audience the opportunity to follow along.

We aspire to feature the synergies in our website and keep the produced content (final artwork, documented process, community materials) accessible over time in the form of digital community archives. In addition, the 1st Art Pluriverse Community Science Edition will be published as an open-access zine publication, where participants and collaborators can take part and contribute through a day of zine jam.

–
The Selection Committee of the Artists-Communities Synergies consists of:

Janis Jefferies, artist, researcher, theorist and Emeritus Professor of Visual Arts at the Department of Computing Goldsmiths, University of London

Vasiliki Rokou, Emeritus Professor of Historical and Social Anthropology at the Department of History and Archeology, University of Ioannina

OLOOP, the design group founded in 2003 by three textile designers and artists: Tjaša Bavcon (MA), Jasmina Ferček (MA) and Katja Burger Kovič (Assistant Professor at the University of Ljubljana). They work in many different fields of visual arts and design, including product design, spatial design, textile art and participatory art.

Read the bios of the Committee members 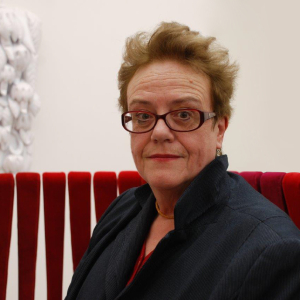 Janis Jefferies is an artist, researcher, theorist and Emeritus Professor of Visual Arts at the Department of Computing Goldsmiths, University of London. She is recognised by her peers as one of the leading practitioners/ theorists of her generation, through solo exhibitions of work, conferences and professional seminars, exhibitions, curatorial work, journal publications, catalogue essays for artists of international standing, edited books and several chapter contributions on textiles, technology, performance and practice-based research for anthologies distributed by Manchester, Edinburgh and Duke University Presses, Telos Art Publishing, Berg/Bloomsbury Publishers, Springer, Ashgate and Palgrave McMillan and the School of the Art Institute of Chicago, USA.
·
To highlight some of her work, Jefferies was one of the founding editors of Textile; The Journal of Cloth and Culture. She was an Associate Research Fellow with Hexagram (Institute of Media, Arts and Technologies, Montreal, Canada) on three funded projects, ‘Narrative: Textiles Transmission and Translations’ (2004-2007), ‘Wearable Absence’ (2006-2010) and ‘The Re-Enchantment of Cloth and Textiles’ (2014-2019). In 2020 Jefferies was part of the international jury for Contextile 2020, Bienal De Arte Têxtil Contemporânea, Portugal. In 2019 she was the curator of the Polish National Exhibition, ‘Breaching Borders 2’, to coincide with the 2019 Łodź Triennial at the Centralne Muzeum Włkiennictwa w Łodzi. She was co-editor of the first, international Handbook of Textile Culture (with Diana Wood Conroy, University of Wollongong and Hazel Clark, Parsons School of Fine Art, US) for Bloomsbury Academic (2015) and is currently co-chief editor (with Dr. Vivienne Richmond) for the Bloomsbury Encyclopedia of World Textiles expected in 2023.

Vassiliki Rokou is Emeritus Professor of Historical and Social Anthropology at the Department of History and Archeology, University of Ioannina. Her scientific focus lies on methodology issues and interdisciplinary research in alpine regions; the history (economy- society- culture) of alpine regions and in particular, the transition from the wool-related economy to home crafts, the trade of livestock raw materials in the context of the emergent mediterranean economy (17th-19th century), the integration into the global market economy and industrialisation, the regional character of alpine development and the incomplete economy, the production of woolen fabric and its use in everyday clothing, and finally the entry of silk fabrics in the clothing repertory.
·
Her monographs and numerous scientific articles have been published in Greece and abroad, while she has organised and participated in various conferences. She directs the “Laboratory of Pre-Industrial Technology”, the “Center for Tradition and Culture Research” and the “Center for the Study of Alpine Societies”. She is also a member of the Costume Society of Greece, as part of the Association Française des Etudes des Tissus. 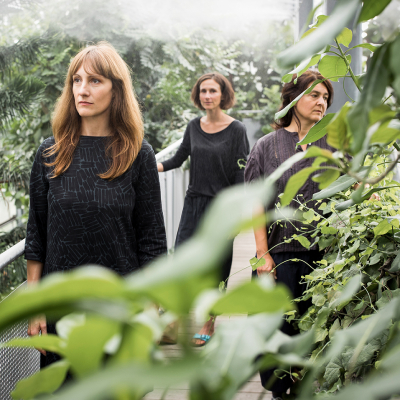 The design group Oloop was founded in 2003 by three textile designers and artists: Tjaša Bavcon (MA), Jasmina Ferček (MA) and Katja Burger Kovič (Assistant Professor at the University of Ljubljana). They work in many different fields of visual arts and design – product design, spatial design, textile art, participatory art, etc. In 2011 Oloop started to combine design with the social sphere. Contemporary textile art became a medium for connections, participation and personal or community empowerment. Oloop co-created with various vulnerable groups – women, immigrants and unemployed people. In this way, they raise awareness of the importance of craft and its impact on the well-being of individuals and communities.
·
Over the years, the Oloop group has participated in the most important Slovenian design exhibitions at home and abroad, winning international recognition and a number of prestigious awards, such as Red Dot Award and Alpine Pluralism Award. The following products – Woolen Soap, Flying Slippers and Squareplay – are part of the permanent exhibition at the Museum of Architecture and Design in Ljubljana.

For communities:
Send us a brief description of your work around textiles (texts, photos, links).
All applying communities and GLAM-represented collections will have the opportunity to be featured in our website, in an encompassing index of textile-related communities.
>>Go to Application Form

For artists:
Send us your statement and a link to your portfolio, along with your idea for a research- and community-based artwork related to textiles that can be gradually co-created in a timespan of 2 weeks (through an indicative average of 4 meetings). If you are an artist who is already working with a community please let us know. Each selected proposal will be awarded with a honorarium of 300  Euros.
>> Go to Application Form 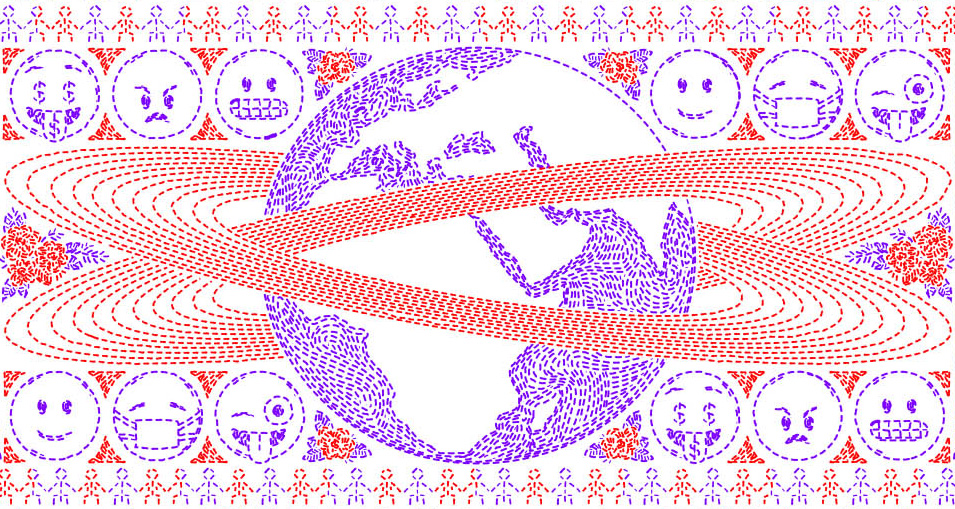 Art Pluriverse: A Community Science Series, will be launched in December 2020, as part of the Biennale of Western Balkans’ year round programme, starting this year with the Textile Month edition. The programme will include an online course where participants will learn to create FAIR (Findable, Accessible, Interoperable, Reusable) community-based archives, develop cultural data mindfulness and enhance their knowledge in digital cultural heritage and Open GLAM practices.

We invite Open GLAM enthusiasts, students, researchers, curators, educators and cultural professionals from the local and international scene to take part in the 1st Art Pluriverse Community Science Programme for arts and culture. Up to five (5) selected participants will have the opportunity to familiarise with ethical ways of working together with cultural communities and documenting community data, with the aim to develop digital community archives based on openness standards. Each participant will be able to choose one community and follow the distance learning course that will last approximately two weeks. The goal is to develop cultural data-mindfulness and engage in a brief outcome along two weeks of developing FAIR community-based archives.

We aspire to promote the community archives and the participants’ endeavour through our organisation and partnering GLAM institutions, while supporting open access and sovereignty of data by the communities. In addition, the 1st Art Pluriverse Community Science Edition will be published as an open-access zine publication, where participants and collaborators can take part and contribute through a day of zine jam.

Upon completion of the programme, each participant will receive a qualified certificate, under the auspices of the History of Art Laboratory, School of Fine Arts, University of Ioannina.

Introduce yourself and express your interest in participating in the upcoming programme. With the generous support of our partners, registration is made free for participants!
>> Go to Application Form