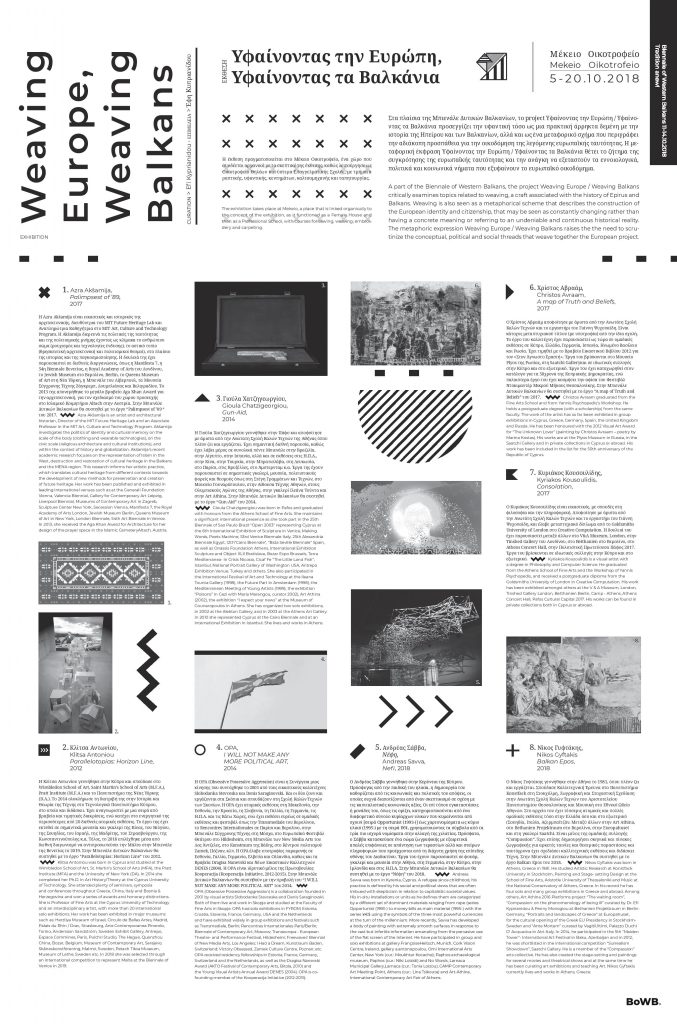 A part of the Biennale of Western Balkans, the project Weaving Europe / Weaving Balkans critically examines topics related to weaving, a craft associated with the history of Epirus and Balkans. Weaving is also seen as a metaphorical scheme that describes the construction of the European identity and citizenship, that may be seen as constantly changing rather than having a concrete meaning or referring to an undeniable and continuous historical reality. The metaphoric expression Weaving Europe / Weaving Balkans raises the the need to scrutinize the conceptual, political and social threads that weave together the European project.

The exhibition takes place at Mekeio, a place that is linked organically to the concept of the exhibition, as it functioned as a Female Fostering House and then as a Professional School, with courses for sewing, weaving, embroidery and carpeting. 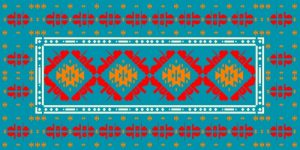 Azra Akšamija is an artist and architectural historian, Director of the MIT Future Heritage Lab and an Associate Professor in the MIT Art, Culture and Technology Program. Akšamija investigates the politics of identity and cultural memory on the scale of the body (clothing and wearable technologies), on the civic scale (religious architecture and cultural institutions), and within the context of history and globalization. Akšamija’s recent academic research focuses on the representation of Islam in the West, destruction and restoration of cultural heritage in the Balkans and the MENA region. This research informs her artistic practice, which translates cultural heritage from different contexts towards the development of new methods for preservation and creation of future heritage. Her work has been published and exhibited in leading international venues such as at the Generali Foundation Vienna, Valencia Biennial, Gallery for Contemporary Art Leipzig, Liverpool Biennial, Museums of Contemporary Art in Zagreb, Sculpture Center New York, Secession Vienna, Manifesta 7, the Royal Academy of Arts London, Jewish Museum Berlin, Queens Museum of Art in New York, London Biennale, 54th Art Biennale in Venice. In 2013, she received the Aga Khan Award for Architecture for her design of the prayer space in the Islamic Cemetery Altach, Austria. 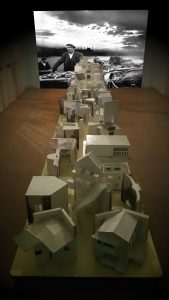 Klitsa Antoniou was born in Cyprus and studied at the Wimbledon School of Art, St. Martin’s School of Arts (MFA), the Pratt Institute (MFA) and the University of New York (DA). In 2014 she completed her Ph.D. in Art History/Theory at the Cyprus University of Technology. She attended plenty of seminars, symposia and conferences throughout Greece, China, Italy and Bosnia & Herzegovina and won a series of awards and honorary distinctions. She is Professor of Fine Arts at the Cyprus University of Technology and an interdisciplinary artist, with more than 20 international solo exhibitions. Her work has been exhibited in major museums such as: Herzliya Museum of Israel, Circulo de Bellas Artes, Madrid, Palais du Rhin / Drac, Strasbourg, Arte Contemporanea Pinerolo, Torino, Andersson Sandström, Sweden Exhibit Gallery, Antrepo, Espace Commines, Paris, Pulchri Studio, The Hague,  Quanzhou China, Bozar, Belgium, Museum of Contemporary Art, Sarajevo, Skåneskonstförening, Malmö, Sweden, Petach Tikva Museum, Museum of Lethe, Sweden etc. In 2018 she was selected through an international competition to represent Malta at the Biennale of Venice in 2019. 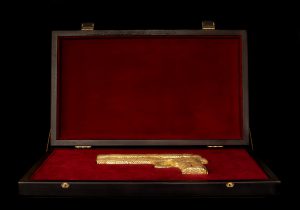 Gioula Chatzigeorgiou was born in Pafos and graduated with honours from the Athens School of Fine Arts. She maintains a significant international presence as she took part in  the 25th Biennale of Sao Paulo Brazil “Open 2003″ representing Cyprus at the 6th International Exhibition of Sculpture in Venice, Making Words, Poets Machine, 53rd Venice Biennale Italy, 25th Alexandria Biennale Egypt, 12th”Cairo Biennale”, “Bida Seville Biennale” Spain, as well as Onassis Foundation Athens, International Exhibition Sculpture and Object XLII Bratislava, Bozar Expo Brussels, Terra Mediterranea- In Crisis Nicosia, Cicaf Fe “The Little Land Fish”, Istanbul, National Portrait Gallery of Washington USA, Antrepo Exhibition Venue, Turkey and others. She also participated in the International Festival of Art and Technology at the Ileana Tounta Gallery (1998), the Future Part in Amsterdam (1998), the Mediterranean Meeting of Young Artists (1999), the exhibition “Poisons” in Gazi with Maria Marangou, curator 2002), Art Athina  (2002), the exhibition “I expect your news” at the Museum of Gounaropoulos in Athens. She has organized two solo exhibitions, in 2002 at the Alekton Gallery, and in 2003 at the Athens Art Gallery. In 2010 she represented Cyprus at the Cairo Biennale and at an international Exhibition in Istanbul. She lives and works in Athens. 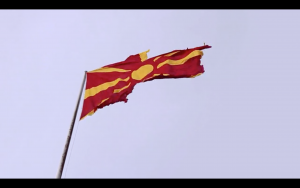 OPA (Obsessive Possessive Aggression) is a collaboration founded in 2001 by visual artists Slobodanka Stevceska and Denis Saraginovski. Both of them live and work in Skopje and studied at the Faculty of Fine Arts in Skopje. OPA had solo exhibitions in North Macedonia, Estonia, Croatia, Slovenia, France, Germany, USA and the Netherlands and have exhibited widely in group exhibitions and festivals such as Transmediale, Berlin; Rencontres Internationales Paris/Berlin; Biennale of Contemporary Art, Moscow; Transeuropa – European Theatre- and Performance Festival, Hildesheim; Freewaves’ Biennial of New Media Arts, Los Angeles; I Had a Dream, Kunstraum Baden, Switzerland; Victory Obsessed, Zamek Culture Centre, Poznan; etc. OPA received residency fellowships in Estonia, France, Germany, Switzerland and the Netherlands, as well as the Dragisa Nanevski Award (AKTO Festival of Contemporary Arts, Bitola, 2010) and the Young Visual Artists Annual Award DENES (2004). OPA is co-founding member of the Kooperacija Initiative (2012-2015). 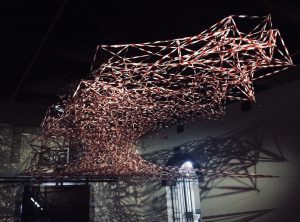 Andreas Savva was born in Kyrenia, Cyprus. A refugee since childhood, his practice is defined by his social and political views that are often imbued with skepticism in relation to capitalistic societal values. His in-situ installations or units as he defines them  are categorized by a different set of  dominant materials ranging from rope (series Opportunist (1993-) to money bills as main material (1995-)  with the series ¥€$  using the symbols of the three most powerful currencies at the turn of the millennium. More recently, Savva has developed a body of painting with extremely smooth surfaces in response to the vast but infertile information emanating from the pervasive use of the flat screen of the Internet. He have participated in group and solo exhibitions at  gallery FrançoiseHeitsch, Munich, Cork Vision Centre, Ireland, gallery a.antonopoulou, Omi International Arts Center, New York (cur.: Moukhtar Kocache); Paphos archaeological museum, Paphos (cur.: Niki Loizidi) and No Words, Larnaca Municipal Gallery,Larnaca (cur.: Tonia Loizou), CAMP Contemporary Art Meeting Point, Athens (cur.: Lina Tsikouta) and Art-Athina, International Contemporary Art Fair of Athens. 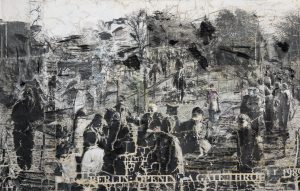 Christos Avraam graduated from the Fine Arts School and from Yannis Psychopedis’s Workshop. He holds a postgraduate degree (with a scholarship) from the same faculty. The work of the artist has so far been exhibited in group exhibitions in Cyprus, Greece, Germany, Spain, the United Kingdom and Russia. He has been honoured with the 2012 Visual Art Award for “The Unknown Lover” (painting by Christos Avraam – poetry by Marina Kostas). His works are at the Plyos Museum in Russia, in the Saatchi Gallery and in private collections in Cyprus or abroad. His work has been included in the list for the 50th anniversary of the Republic of Cyprus. 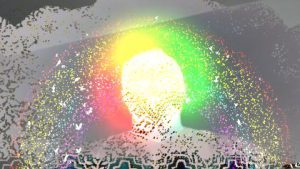 Kyriakos Kousoulidis is a visual artist with a degree in Philosophy and Computer Science. He graduated from the Athens School of Fine Arts and the Workshop of Yannis Psychopedis, and received a postgraduate diploma from the Goldsmiths University of London in Creative Computation. His work has been exhibited amongst others at the V & A Museum, London, Tinshed Gallery London, Betthanien Berlin, Camp – Athens, Athens Concert Hall, Pafos Cultural Capital 2017. His works can be found in private collections both in Cyprus or abroad. 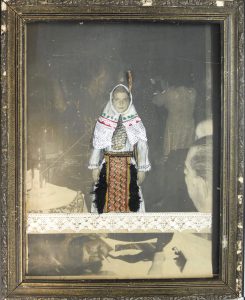 Nikos Gyftakis was born in Athens, Greece in 1981. He studied Artistic Research at Konstfack University in Stockholm, Painting and Stage- setting Design at the School of Fine Arts, Aristotle University of Thessaloniki and Music at the National Conservatory of Athens, Greece. In his record he has four solo and many group exhibitions in Greece and abroad. Among others, Art Athina 2016 Platforms project “The waiting room”, “Compassion: on the phenomenology of being ill” curated by Dr. Efi Kyprianidou & Penny Monogiou at Bethanien Projektraum in Berlin-Germany, “Portraits and landscapes of Greece” at Europahuset, for the cultural opening of the Greek EU Presidency in Stockholm-Sweden and “Ante Mortem” curated by VagitiUltimi, Palazzo Duchi D’ Acquaviva in Atri-Italy. In 2014, he participated in the 5th “Maiden Tower”- International Art Festival in Baku, Azerbaijan and in 2012, he was shortlisted in the international competition “Surrealism Showdown”, Saatchi Gallery. He is a member of the “Compassion” arts collective. He has also created the stage-setting and paintings for several movies and theatrical shows and at the same time he has been curating art exhibitions and teaching Art. Nikos Gyftakis currently lives and works in Athens, Greece. 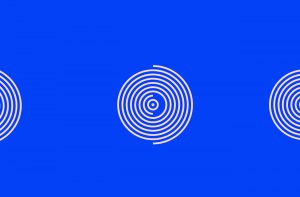 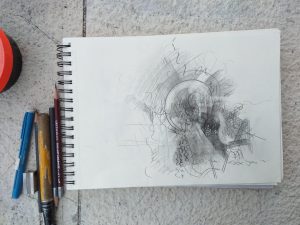