“Common Myths” is an exhibition that examines the concept of myth through interdisciplinary art and research.

The exhibition presents European and Balkan intangible cultural heritage through new technologies and art practices. In this context, the Balkans are mainly approached as the imaginary terrain of constructed narratives and less within historical time. The Balkans are thus unfolded as projections of the Self and the Other, through mediated images, sounds and stories*.

‘Myths can be interpreted as the narrative manifestation of abstract codes, fundamental patterns of thought’ (Matthew Clark, Exploring Greek Myth, 2012)

According to Ernst Cassirer, one of the first thinkers who studied it systematically, myth is a principal thought modality. Myth functioned as a universal expository device, more so before the democratization of the scientific method, able to encode cognitive, aesthetic and affective states in a symbolic, narrative form. In other words, myth offered a mode of conceiving and assimilating knowledge, setting its own exo-scientific world-view halfway between imagination and reality. But can myth be considered as a deficient, ‘primitive’, epistemological model after the advent of science?

In his thesis ‘Work on Myth’, Hans Blumenberg examined extensively myth and logical systems in their historical contexts. He supported that they didn’t form successive ‘superepochs’, as a shift from a minor human mentality to a superior one. Blumenberg argued over a continuous and simultaneous existence of myth and logic, without one being identical to the other, but neither in competition with each other: ‘They perform different, equally essential functions in dealing with man’s fundamental problem’ (Blumenberg, 1985).

The theoretical discourse on myth was amplified through modernism, with critical questions: what is myth to the contemporary context, is it still relevant and a significant force? What is the role of myth to cultural formation, transmission and perception in the contemporary world?

Throughout the 20th century, Claude Lévi-Strauss was one of the thinkers who persistently was concerned with myth. He aimed at developing a science of mythology, ultimately proposing a latent function of myth; He did not question how humans use myths, but how myths operate in the human mind. In this sense, myth is a thinking concept able to provide a solution; More specifically, the possible choices that are conceived by mythical imagination confront humans ‘with a table of solutions simultaneously given to collective thought’ (Lévi-Strauss, 1984).

Mythical space is thus not a singular, individuating ground of experience, but a transcendental realm of multiplicity and speculation. If the scientific experiment is an exercise of finding what is true, myths have no claim to truth or ‘true’ states. Myths are manifested through multiple versions, where one version is no more correct than any other, with the idea that a myth consists of all its versions. In the process of creation and re-creation, the original formation opens up to the emergence of massive new potential and creativity, as elements are added or changed. “It is almost possible to say that a myth is a story that has escaped from its author” (Clark, 2012). In this sense,

The mythical condition reflects on copyleft practices that transcend the closure of individual meaning, referring to a more collective, participatory storytelling, one that reinforces anonymous improvisational re-creation.

In the 1930’s, almost three decades ahead of Lévi-Strauss, Romanian theorist and writer Lucian Blaga created a comprehensive speculative system that placed myth at the core of an extensive theoretical inquiry, examining in particular the concept of transcendence through myth. Blaga developed a theory of mythical systems examining less reassuring concepts, as dogma detached from religious connotations, mysticism and collective aesthetics. In this respect, his study exemplifies a remarkable epistemology of myth as well as an exploration of concepts developed later in the post-modern discourse; he argued, among other, over the boycott of history and autonomy in collectivity (Cotter, 2014).

Toward this more critical and political exposition of myth in the everydayness, theorist Roland Barthes focused on myth as an essential instrument for world-making. Under this perspective, mythologies are powerful rhetorical schemata that can enable large socioeconomic systems to be enacted and experienced in realtime, as the one pointed out by Barthes himself: the universal commonality of consumerism cultures of the bourgeois society in the 20th century.

Mythologies’ fluxing forms can thus be conceptualized as narrative faculties oriented to the emergence and construction of worlds that display various levels of existence and interactions, from collective tangible reality-worlds to the utmost tacit and solitary imaginative worlds. In this respect, mythical forms exemplify a qualitative leap into less reassuring concepts as complexity, contingency and the uncanny.

* See the conference proceedings “Myths of the Other in the Balkans: Representations, Social Practices, Performances”, edited by Fotini Tsibiridou and Nikitas Palantzas, 2013. See also the ‘about’ section of the online magazine B-turn: music, culture and style of the new Balkans. 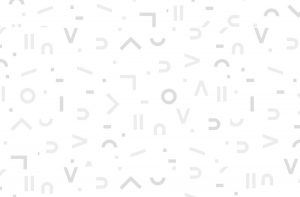