“Visual Ecotopias: History, Theory, Criticism” is a symposium toward a politics of ecology in contemporary art, departing from Guattari’s concept of ‘ecosophy’, linking ecological thought, environmental aesthetics and artistic practices.

“Art is thought from the future.”
Timothy Morton, Dark Ecology.

The interface between humans and the environment has been the object of debate among artists, philosophers, theorists and scientists since the eighteenth century, decades before the neologism ‘ecology’ was coined by the German biologist Ernst Haeckel in 1866. Intertwined initially with the tradition of natural history, ecology became a scientific discipline that aimed at the exploration of the relationship between organic and inorganic ecosystems at the end of the nineteenth century, while it took political connotations from 1960 onward. Environmental awareness and the politicization of ecological thought mobilized radical artists and theorists after 1970. Linking environmental pollution with the industrialization and consumerism of Western societies, Herbert Marcuse argued, for instance, in The Aesthetic Dimension in 1978: “the violation of the Earth is a vital aspect of the counterrevolution.” And Félix Guattari noted in his book Three Ecologies in 1989: “only an ethico-political articulation – which I call ecosophy – between the three ecological registers (the environment, social relations and human subjectivity) would be likely clarify these questions.”

Reflections concerning the relationship and balanced interaction between humans and nature influenced literature, poetry, aesthetics and the visual arts in the modern era. This impact has not however been sufficiently explored. In the last decades, literary criticism has showed a growing interest in revisiting romanticism and other nineteenth-century currents through the prism of eco-criticism. This is not the case with art history and theory that have not adequately incorporated the environmental approach in their methodologies, with the exception of the work of T. J. Demos, Mark Cheetham, Ian MacLean, Greg M. Thomas and others. The constantly deteriorating pollution of the planet and the wasteful consumption of its natural resources, the extinction of endangered species and the climatic change have recently motivated theorists, artists and curators who critique the Anthropocene, and focus on the overcoming of the anthropocentric worldview though radical re-interpretations of the relations between humans and non-humans, aiming at establishing novel ways for the harmonious symbiosis between human society and the environment.

Conceptually premised upon the theoretical work of Bruno Latour, Michel Serres and Timothy Norton, the symposium seeks to contribute to the discussion by critically examining the intersection of environmental thought, eco-criticism, eco-aesthetics and the visual arts from the eighteenth century to the present day. It aims at revisiting the outdated idea that ecological consciousness has been developed only after 1960, and at re-thinking the collaboration between artistic practices, political-ecological theory and environmental activism in contemporary art. The main question to which speakers should respond is the historical relation between ecology – in its expanded re-conceptualisation as a social and political register – and art, and most specifically the possibility of integrating an ecosophical approach in visual arts studies today. The objective of the symposium is to bring forth an eco-aesthetic evaluation of the interface between art and the biosphere through the emergence of a genealogy of ‘ecological art’ and the production of a critical discourse on art and the environment.

Topics may include, but are not limited to: 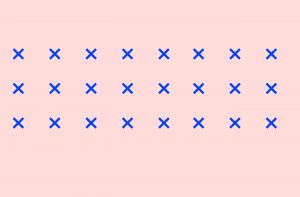